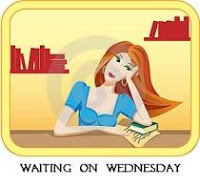 “Waiting On” Wednesday is a weekly post, hosted by Jill from Breaking the Spine, where we spotlight a book we are anxiously waiting to be published.

This modern Gothic remake of Jane Austen’s Northanger Abbey, and nod to Stephenie Meyer’s Twilight Series, will leave you in stitches–literally.
Seattle Washington, and the Russo family, are no match for Claire Hart and her savvy knowledge of all things vampire related. Thanks to her obsession with the Twilight series–if there is anyone who would know a vampire when she saw one, it’s Claire. And she’s positive totally hot Tony Russo is a vampire, she just has to prove it! Follow Claire’s hilarious journey on her first summer adventure away from home, where she learns everything isn’t what it seems, and in some instances, reality is way better than anything she’d ever find in a book.

I can’t wait to read this whole series. The Jane Austen Diaries sound so fun. I need to read Pride and Popularity too which was released in 2011. Northanger Abbey was my least favorite of Jane Austen’s books actually, but this retelling sounds hilarious!! After seeing the first Twilight movie in the theater I was totally looking for vampires in the dark to jump on my car on the way home! Weren’t you?!

What are you waiting on?