I am part of the Slayers: Friends and Traitors Blog Tour hosted by Fire and Ice! I am the biggest fan of C.J. Hill (aka: Janette Rallison). She is one of my must-read authors so of course I am thrilled to be a part of this blog tour!

Great news! I got an interview with Jesse!! (one of the guys Tori met at camp)

Kathryn: Hi Jesse! When you first met Tori how many years had you been spending your summers at Dragon camp?
Jesse: I came to camp six years ago when I was eleven. It feels longer, though. I don’t remember what summers were like when I wasn’t training.

K: How did you find out about the camp, and what drew you there?
J: Like all the Slayers, I was obsessed with dragons from the time I was little. It’s hard to explain, but I would look at a picture of a dragon and just know I was going to face one someday. Something inside of me always told me to get ready, to be prepared. When I saw a Dragon Camp flyer at my elementary school, I bugged my parents about going to camp until they agreed to sign me up.

What’s your favorite part about camp?
Flying, definitely. There’s nothing else in the world like soaring through the trees.

What went through your mind when you first met Tori?
I hate to admit it, but I thought there was no way she was actually a Slayer. She seemed like the type of girl who wouldn’t willing enter a fight for fear of messing up her manicure. I was really glad when she proved me wrong about that. For a lot of reasons.

Why do you train to be a dragon slayer?
A lot of people go through life only thinking about themselves. I’ve always admired the type of people who are willing to fight for a cause—who think about the greater good. That’s the kind of person I want to be. Not many people can fight a dragon and win. I can. How can I leave the job to anyone else?

Now for the speed round: this or that!

Steak or Hamburger?
Both. And hopefully dessert too.

Thanks for the interview Jesse! You’re a great guy and an amazing Slayer.

THIS IS BOOK 2 IN THE SERIES!
Book 1: Slayers (my review)

Title: Slayers: Friends and Traitors
Author: C.J. Hill
Publisher: Feiwel & Friends
Release Date: October 15, 2013
Pages: 400
Series: Slayers #2
5 STARS: I LOVED IT!!!
In C.J. Hill’s action-packed sequel to Slayers, the group of teens known as Slayers have been betrayed—but they won’t give up without a fight.

Tori’s got a problem. She thought she’d have one more summer to train as a dragon Slayer, but time has run out. When Tori hears the horrifying sound of dragon eggs hatching, she knows the Slayers are in trouble. In less than a year, the dragons will be fully grown and completely lethal. The Slayers are well-prepared, but their group is still not complete, and Tori is determined to track down Ryker—the mysterious missing Slayer.

What Tori doesn’t bargain for, however, is the surprising truth about her powers. She isn’t just a Slayer, she’s part Dragon Lord, too. How can Tori fight to save her friends when half of her is programmed to protect dragons? And with a possible traitor in their midst, the Slayers will be divided in more ways than they ever imagined.

My Thoughts:
I LOVED IT! It was a great 2nd book of the series.

I love the characters, both good and bad. Tori was one tough girl. She doesn’t always believe in herself which makes her vulnerable, and I liked her for it. She was so smart and creative and surprised those who thought she couldn’t train fast enough to catch up to the other Slayers’ abilities. The scenes that had Tori with Jesse and Tori with Dirk were my favorite! How could she pick between two great and very different guys? I guess I’m fickle because each time she was with Jesse I wanted her to be with him, but then as soon as Dirk started talking I wanted her with him. Dirk has become my favorite whether I want him to end up with Tori or not is yet to be determined. I think I really like Tori with Jesse, but Dirk needs someone awesome too! All the other Slayers are unique and fun to hear about. Bess- hilarious, Rosa- so sweet, Kody- a tough and loyal cowboy, just to name a few.

The story line of this series was so fun and exciting. I love how they seemed like normal teenagers at a summer camp but were really a group of kick-butt dragon slayers. I was interested to see how this book would go with them being away from camp. I was afraid I would get bored with Tori being away from the other Slayers, but I was pleasantly surprised with all the excitement. There were chapters from other characters’ POV which kept the story flowing. I loved it!

Slayers: Friends and Traitors was exciting, fun, and romantic! I recommend this book to everyone who loves a good action romantic comedy.

I received the ARC from Feiwel & Friends. Thank you! I am not paid for my reviews. My reviews are solely my opinion.

Click To Buy Books By C.J. Hill On Amazon 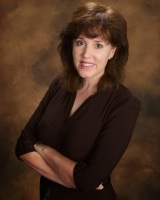 CJ Hill is a pen name for a YA author who is best known for writing romantic comedies. (Slayers will be her 18th published book.) Her writing has shifted away from the romantic comedy genre, so her editor thought a pen name would be a good idea. (New books will include: dangerous dragons, time travel to dystopian worlds, and flesh-eating beetles.) Since the publisher refused to let her have the pseudonym : The Artist Formerly Referred to as Princess, she chose a name to honor her mother. CJ Hill was her mother’s pen name, or at least it would have been if her mother had published. Her mother wrote a few children’s books and a middle grade novel but was taken by cancer before she had fully learned the craft.
(Most writers’ first novels aren’t publishable. CJ Junior’s first novel wasn’t, but somehow was published anyway. Now, even though it is out of print, it remains forever available on Amazon, where it taunts her with its badness. This was another good reason to use a pen name.)
CJ Hill has five children, three of whom like her on any given day depending on who is in trouble. She has lived in Arizona for the last half of her life, but is still in desert denial and hopes that one day her garden will grow silver bells and cockle shells or maybe just tomatoes