I loved Jennifer Kitchens’ first book called A Lady By Any Other Name. If you haven’t read it you must buy it this weekend since it’s on sale! I really want to read her other book too called Once Upon a Lifetime.

A Lady By Any Other Name by Jennifer Kitchens. 2012. Goodreads. 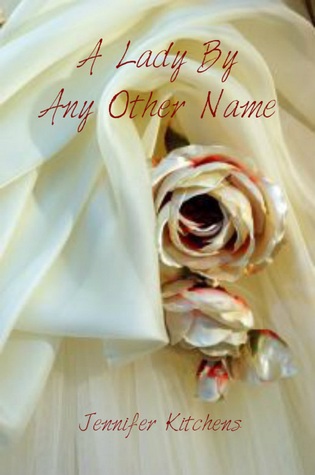 A Woman in Hiding

Nicole Farrington’s life had never been easy, but it had always been bearable. At least it had been until now. Faced with a horrible marriage her step-brother has contracted for her, she will do anything to get away. She’ll run…run to anyone who might be able to help her. But running blindly down an unknown path may take her to an unexpected destination.

Julian Huntington, Earl of Foxley, wants nothing more than to have his carefree life back. Now he is left with a title, a child, and a future that he never expected would be his. He refuses to believe his brother’s death was an accident, no matter what people say. Someone killed him and Julian plans to find out who and why. Maybe then he can go on with his life…his brother’s life. But will the answers he seeks be enough, or will he find love to be a worthier goal?

Once Upon a Lifetime by Jennifer Kitchens. January 2014. Goodreads. 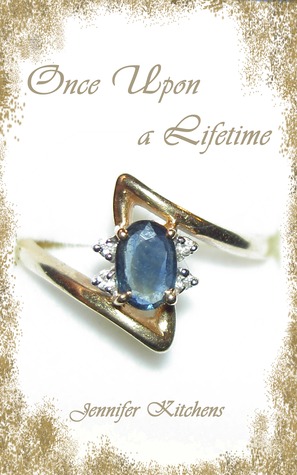 “Amy stared at the portrait dancing in front of her.

She reached out to grab hold of it, steadying it. Or at least making it shake in tune with the rest of her body. The image could have almost been a mirror. But more disturbing was the fact that it looked like another picture she had.

A photo. The only image she had ever had of her mother not faded by time and memory.

Taken by a helpful nurse at the hospital just after Amy was born, she recognized the same features as the ones she had secretly stared at for hours after she’d been orphaned. The same red hair and green eyes sparkled back at her. Even the lone dimple on her left cheek.

It was her mother. Amelia Price.

And she was wanted for murder.”

As far as Amy Price knew, she was just a normal girl from Los Angeles. An orphan, left alone after the death of her mother years ago. Little did she know the truth of her mother’s past. Nor did she know that she would soon come face to face with it. Sent back in time to the past her mother escaped, Amy must either face what her mother couldn’t, or find a way back home. Though the handsome man intent on seeing justice met isn’t helping any.

About the Author:
Jennifer Kitchens is a life-long lover of romance novels. She started reading Regency romances as a teenager and hasn’t stopped. She is the founder and sole reviewer for Clean Romance Reviews. She is currently working on a new regency romance novel that will be the beginning of a trilogy, as well as working on a fantasy romance novel and a non-fiction. When she isn’t writing and reading, she is raising her young children and dating her husband.

BOOKS BY JENNIFER KITCHENS
As an Amazon Affiliate I receive a small portion of sales when you click then make a purchase from Amazon links on my blog.